On December 27, 2012 two year old Holly Larue Frizzelle was diagnosed with Acute Lymphoblastic Leukemia. What began as a stomach ache and visit to her regular pediatrician led to a hospital admission, transport to the University of North Carolina Children's Hospital, and more than two years of treatment. Holly Larue Frizzelle, 2 plays with some of the items commonly encountered during surgery in her room at UNC Hospital in December 2012. The hospital staff allow children to play with the items to make them more comfortable before they have surgery. 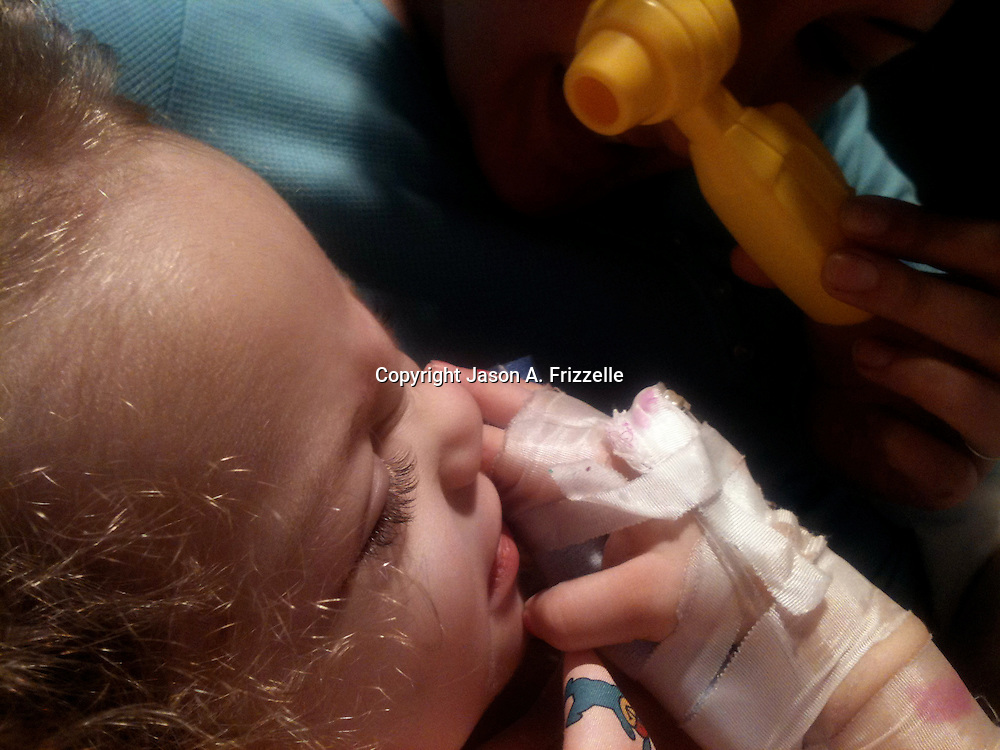