On December 27, 2012 two year old Holly Larue Frizzelle was diagnosed with Acute Lymphoblastic Leukemia. What began as a stomach ache and visit to her regular pediatrician led to a hospital admission, transport to the University of North Carolina Children's Hospital, and more than two years of treatment. Holly Larue Frizzelle, 3, is examined by Dr. Troutman at the Pediatric Hematology Oncology Clinic at the University of North Carolina Hospital on December 27, 2013, exactly one year after her diagnosis. Dr. Troutman is the doctor who took the phone call that resulted in Larue being transported to UNC. 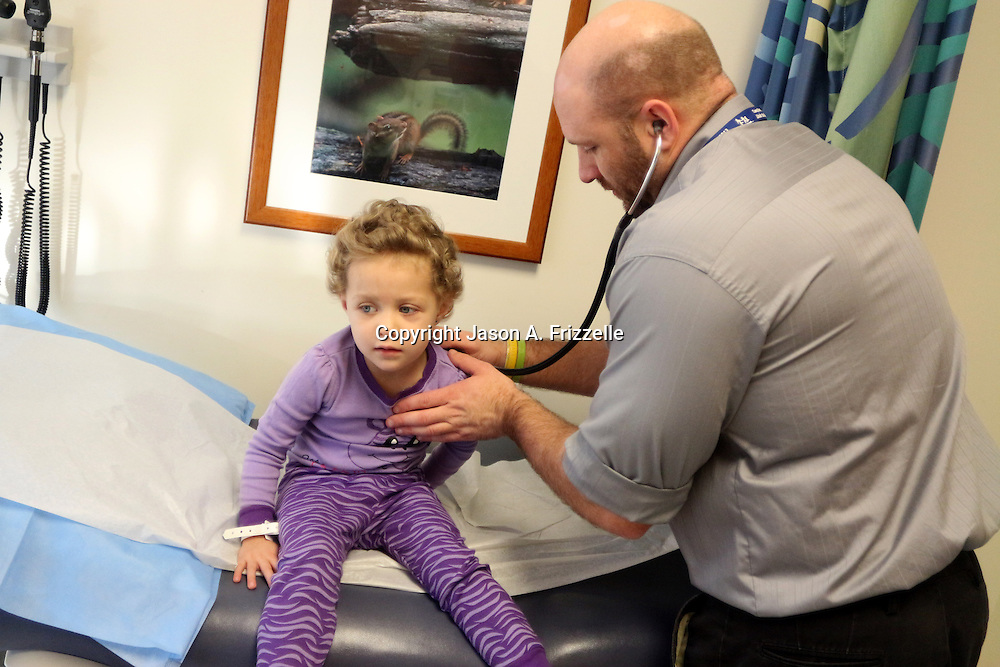