Hedwig ‘Sue’ Bischoff poses for a portrait in front of her 1979 Corvette at her home in New Bern, N.C. on Monday August 19, 2013. Bischoff refers to the car as her “toy” and is an active member of the local Twin Rivers Corvette Club. Bischoff had a posterior retroperitoneoscopic adrenalectomy, a new minimally invasive adrenal gland surgery performed at Duke University Hospital and has experienced a quicker-than-normal recuperation. (Photo By: Jason A. Frizzelle) 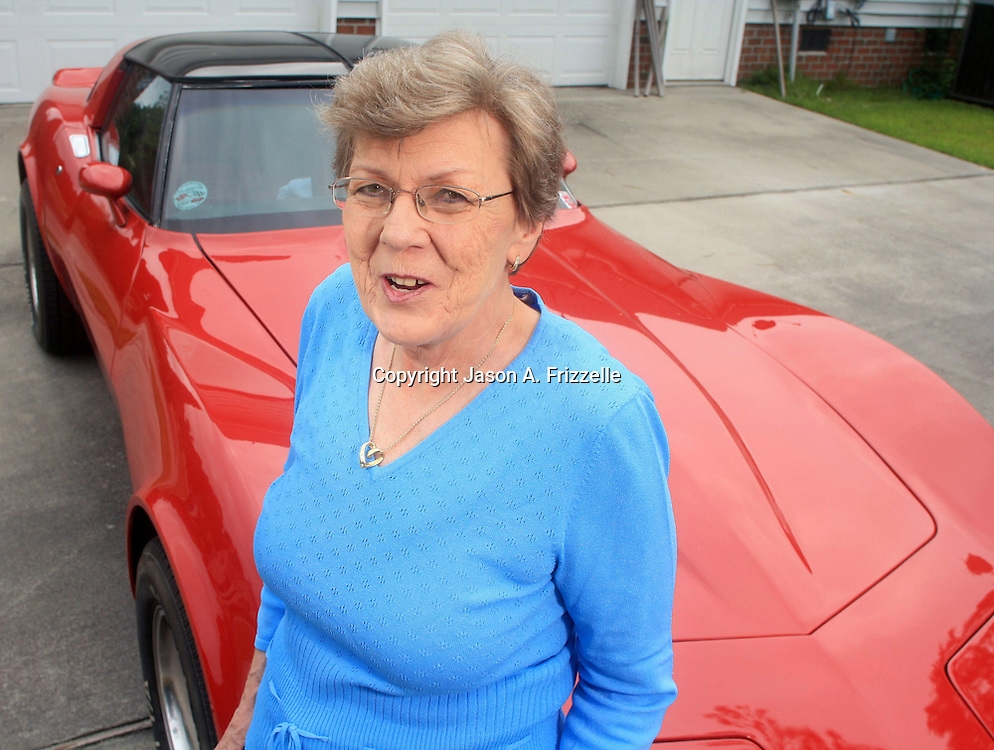