Holly Larue Frizzelle, 2, is pictured in the hallway of UNC Children's Hospital in December of 2012. Larue had just begun chemotherapy and had to wear a mask when she left her room. On December 27, 2012 two year old Holly Larue Frizzelle was diagnosed with Acute Lymphoblastic Leukemia. What began as a stomach ache and visit to her regular pediatrician led to a hospital admission, transport to the University of North Carolina Children's Hospital, and more than two years of treatment. 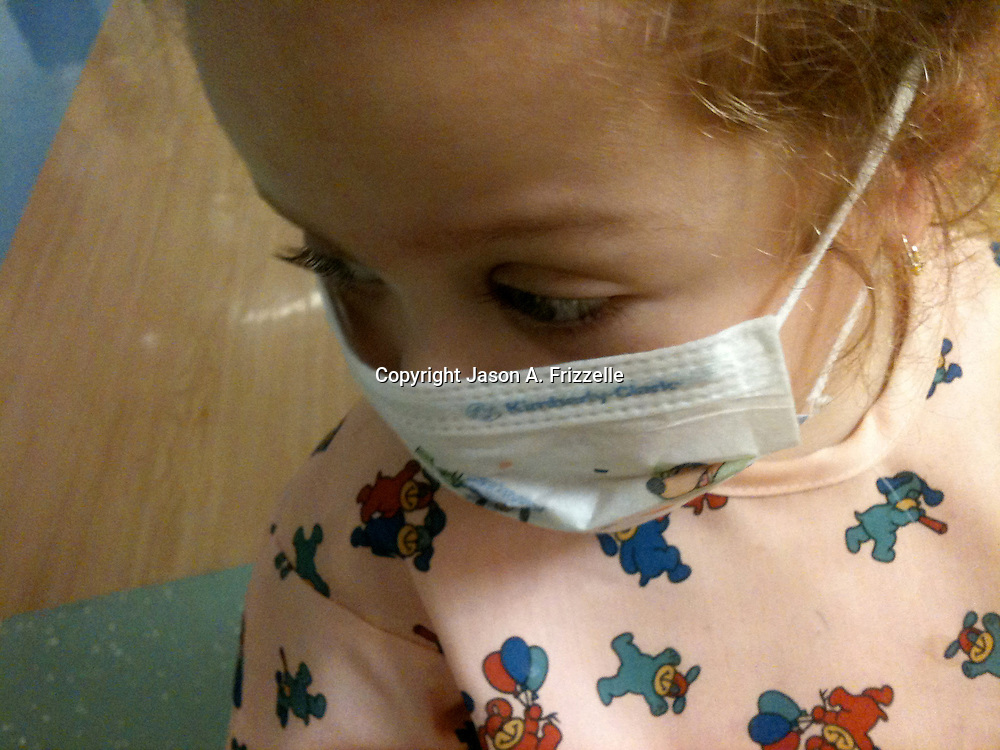