The four blocks of Dickinson Avenue between Reade Circle and Tenth Street in Greenville have become known as a diverse community within a community. Lined with tightly packed buildings and accessible sidewalks the area that lends itself to foot traffic.
This once thriving business district has become a stretch of storefronts ranging from sparse to empty. Busy weekend traffic has seemingly disappeared with the exception of occasional foot traffic taking a shortcut to another location. Furniture stores and bakeries have given way to only a few remaining businesses and a hand full of newly relocated businesses.
The absence of neon lights and towering billboards has kept many of these stores hidden from passer-bys. Antique stores and a lone comic book store mark an ironic era in Greenville's history next to silently decaying buildings, while a single martial arts business remains a lighthouse of sorts as the only business open after dark.
Despite the decline in business many owners, some of whom have occupied stores for more than fifty years, remain doing ?business as usual.? Frank Craft, owner of Williams Shoe Shop echoes best the street's quiet resistance to change simply saying, ?this is home.?
All American Martial Arts sits as the lone business open after dark on this four block stretch of Dickinson Avenue. 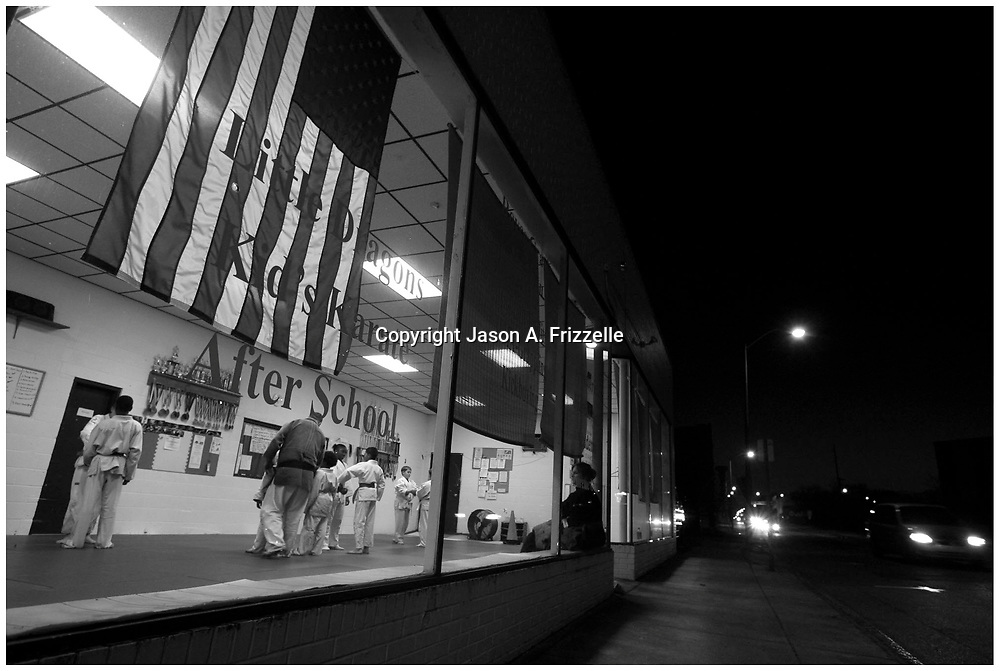